The Corrosive Side of Leadership – David Culberhouse

“Is the question being asked: Whose fault was this? If so, your culture is one that vilifies failure. Failure is difficult enough without it being compounded by the search for a scapegoat.” -Ed Catmull ‘Creativity, Inc.’

If we are going to build up the capacity for more creative and innovative individuals and organizations moving forward into the future, we are going to need to eradicate this need to place blame.  For many leaders, blame has become a habit and a knee-jerk reaction when something has gone awry.

What many leaders fail to realize, is that the real damage isn’t done in the actual mistake or  failure, but in the aftermath.  In the placing of blame.  It sends a deep and disconcerting message across the whole of the organization: don’t take chances, don’t take risks, don’t place yourself in the possibility of failure because there will be a price to pay.

What we fail to realize, especially in systems, that assuaging blame to individuals is not only often misplaced, but detrimental to the overall culture of the organization.

In ‘Creativity, Inc.’ Ed Catmull shares a tremendous story from Pixar of how, during the making of Toy Story 2, someone had inadvertently pushed a series of buttons that was removing and deleting their data and work.  He tells how ”two years of work – 90 percent of the film – had been erased in a matter of seconds.”

And while the situation led to frantic reactions as the work disappeared before their eyes, there was a calming reassurance that the backup systems could restore the lost work and data.  Unfortunately, what they did not know and soon discovered was that the backup system had not been working correctly and would not be able to recover the work or data.  A second failure in the system.

Catmull continues…”at this point, the urge to panic was quite real. To reassemble the film would have taken thirty people a solid year.”  The saving moment to the situation came when they had discovered one of their director’s, while on maternity leave, had continuously backed up the data on her drive at home.  Saving millions of dollars and thousands of hours of work

The important point that Catmull conveys is not in the problem itself, but what happened after the event.  How they dealt with what had occurred?  Their first action was not to place blame, to punish the guilty.  Rather, their first priority was to attend to the system.  To fix the faults in the system that had allowed for these “random and unforeseen” events to occur.  But more importantly, Catmull refused to look for a person or persons to put blame upon for the mishap.

Too often, in organizations, leaders want to find a place to lay the blame when problems and issues crop up.  Many of which are caused by the system, rather than any individual or individuals.  Blaming the individual is the easy reaction.  It soothes our frustration.  And it allows us to simplify the complexity of the situation.

The problem with that kind of thinking is that it not only diminishes the creative and innovative thinking of an organization, it fails to attend to the root cause of the problem.

Meaning, that it will most likely occur again and again.

So not only does blame serve as an obstacle to getting to the root cause of problems, it hampers and depletes the creative and innovative thinking that exists within the organization.  Or as Catmull shares, it “drains the creative impulse.”

As Bolman and Deal divulge in ‘Reframing Organizations’…”the first and most common fallacy in organizational diagnosis is to blame people.”  They go on to share that…”Targeting individuals while ignoring larger system failures oversimplifies the problem and does little to prevent a recurrence.”

So remember, the next time a mistake happens, curb the impulse to place blame.  It will allow you to focus your energy towards determining the root of the problem and improve your organizational culture in the process.

“Pinpointing the culprit is comforting. Assigning blame resolves ambiguity, explains mystery, and makes clear what must be done next: punish the guilty.” –Lee Bolman and Terrence Deal ‘Reframining Organizations: Artistry, Choice, and Leadership

References and quotes from… 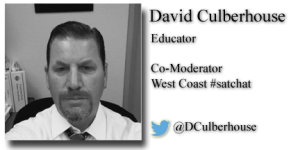